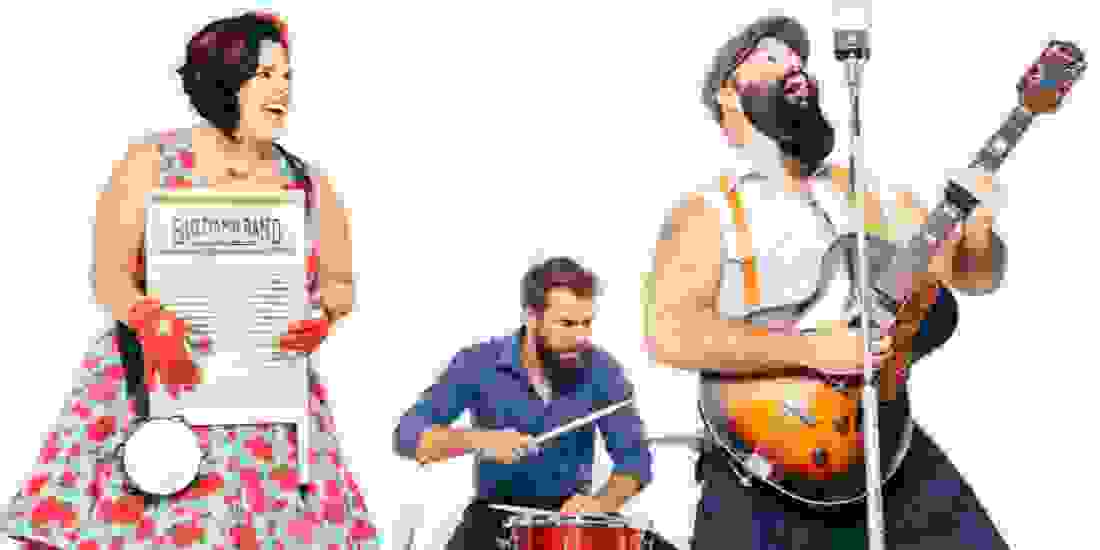 Reverend Peyton’s Big Damn Band has built its reputation the long, slow, hard way. After 12 years of playing as many as 300 shows each year, Rev. Peyton, the world’s foremost country blues finger-style picker, along with the biggest little band in the country has pieced together one of the most dedicated followings out there. This following is sure to eat up the band’s latest offering, Poor Until Payday, (the second on their own Family Owned Records label through hip Nashville indie Thirty Tigers) out October 5th, a country blues record that was made the right way — two feet on the ground and both hands getting dirty.

With all the power of a freight train, the Big Damn Band is known for its live shows. Rev. Peyton delivers guitar pyrotechnics the old fashioned way — ten fingers, a 6 string and an amp cranked at full tilt. In the country blues style, he plays the bass with his thumb, while picking the lead with his fingers at the same time. When he lifts the guitar behind his head to play there’s nothing but skill and 16 gauge nickel strings to make the sounds coming out of the speakers.

Beside him on stage are just two other people. His wife, “Washboard” Breezy Peyton playing with all the nuance and percussive power of a New Orleans drum line, and keeping the train moving is Max Senteney on a lean drum kit including a 5 gallon maple syrup bucket. Together they play Peyton’s wildman country blues that’s as much ZZ Top as it is Bukka White.

On Poor Until Payday Peyton wanted a sound as live and electric as the records made in the heyday of 45 rpm blues classics from Chess, Stax and Sun Records. Playing his beloved custom-made National steel resonator, a 1949 Harmony Archtop, a 1954 Supro Dual Tone and a 1955 Kay Speed Demon through a 1949 Supro amp, Rev wanted to restore the “warmth, pops and hisses” mostly eliminated by modern-day compression. The band played in a room together with minimal micing (using only the best classic pieces they could get) with the main effect being tape saturation.
Tickets on sale now:

or continue with
Google

We have sent an email to . Please follow the instructions in the email to verify your email address.

Once verified you can continue to Login